Friday night, my friend (and, as you will see as you read on, bridesmaid extraordinaire) Callie sent me an email with an attachment: “Megan and Callie celebrate Megan and Ryan getting married” with a whole schedule planned out. I’m not able to say this about many things so I’ll enjoy telling you that we executed it perfectly.

Indeed she did. We had a colorful mix of fresh fruits and a little bit of coffee to get our day started.

…at a brand-new studio! Well, a new studio to us: Sanctuary for Yoga in Nashville’s Gultch. This part of the day was special to me. I am just a bit obsessed with yoga right now, but that’s not the reason I loved it so much. For the past month, I’ve been going to classes like a mad woman and haven’t really known anyone there, which doesn’t bother me. What sometimes can get lonely, though, is loving something so much and finding that you have no one to talk about it with who understands what you mean. Ryan and Callie were so sweet to come to me on this one (either that, or they were just sick of me gabbing about how sweet my balancing postures felt or how wet my towel was after class) and it was a lot of fun to recap the class afterwards.

They both really seemed to like it, and that made me happy as a baby, (sorry, yogi joke – couldn’t resist) but I think I’ve discovered that I’m one who likes it hot. For me, yoga’s gotta be at 85 degrees or higher for me to feel like I’m really getting the spiritual, physical, and mental benefits. I do remember my first hot yoga class, though – let’s just say I’m happy to be on the other side of that experience. I’m happy Callie and Ryan were able to experience a good class with a solid instructor without dropping to their mats and seeing stars.

Highlights include personal attention, frequent laughing/smiling,  a forehead massage in final savasana, and the amazing fact that the first class was free (yoga can be outrageously expensive – if you live in Davidson County, I highly recommend dropping in and giving this place a try). 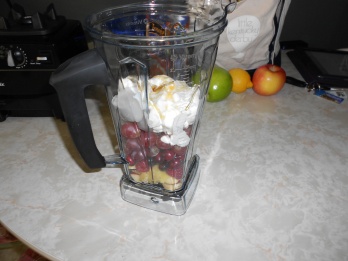 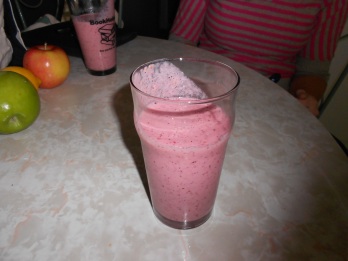 Unfortunately, we realized here that we were about to be late (stupid time zone change! Visiting Kentucky always gets me!) so we jumped in the car and headed to my bridal shower.

My dad’s side of the family lives here. It was incredible to get to spend this time with them – everyone was so generous and gave us things to help us turn our first apartment together into a home. Dedicated readers may remember that I’ve already had a shower, with is true, but since my family wasn’t able to attend the first one (actually none of us, including me, knew about the shindig!) my sweet aunts and cousins decided to have another one for my side. I don’t know where having two showers falls on the ridiculously long list of wedding etiquette faux pas, but I’ve never been one to adhere to rules I don’t like.

Drive back to Nashville

The 2-hour drive back seemed like just a few minutes.

My favorite part of the day. Callie, Ryan and I made leek and potato soup and salad with homemade dressing.

Chop the leeks and sauté on medium heat with olive oil. Peel and slice the potatoes, put in a pot, add vegetable broth, and set aside. When the leeks are soft, (10ish minutes) add them to the potatoes and broth. Stir occasionally for on med-high and bring to a boil. Transfer to blender. Blend well. Add ½ cup half and half. Garnish with parsley.

The homemade dressing was a hit too, but I do not remember the recipe. I’ll be looking for it and trying again, though.

Ryan drove us the mile and a half down the road to downtown Nashville, home of the modern-day bachelorette party. You won’t find me down there often on a Saturday night among the hordes of women in heels, plastic tiaras, feather boas, and pink sashes, but something about Callie’s appeal to me that we should “go mainstream for one night” really appealed to me. We hit the town all done up and had a blast hanging out on lower Broadway.

And I miiight have suggested that we get late-night slices of pizza. I know, not great. But I’m down with the 80/20 rule of living healthy – just being good to myself is enough for me, and that means being mindful most of the time and losing my mind on very rare occasions.

I’m not exaggerating when I say it’s one of the best days I’ve had this year. Good friends are hard to come by, but friends who take out an entire day of their lives just for you is nearly impossible to find.

What’s the best thing a friend has done for you?