We’re still here in the Smokies, where the mountains are looking more and more beautiful everyday:

I discovered that Ryan is really good at snowbording 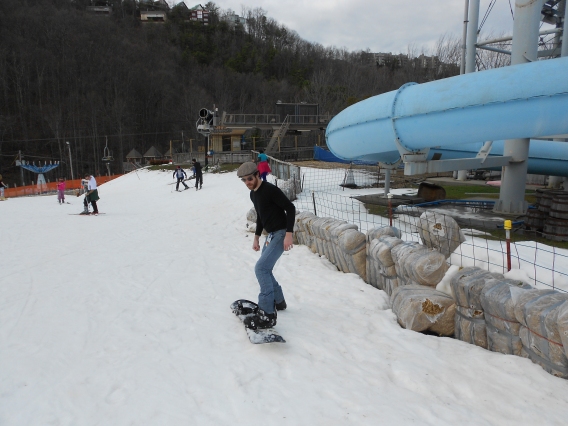 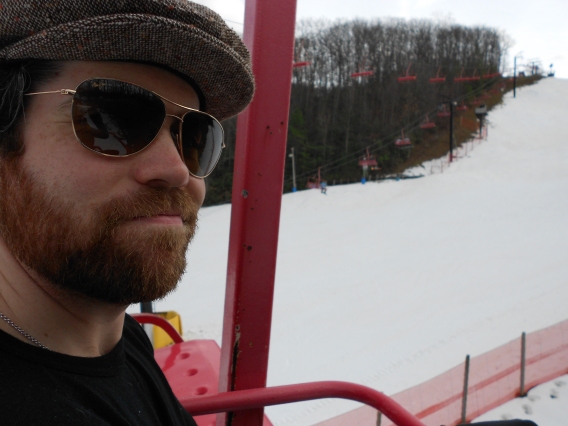 And that I am not. 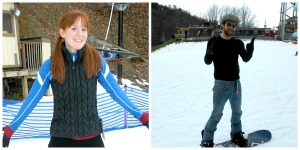 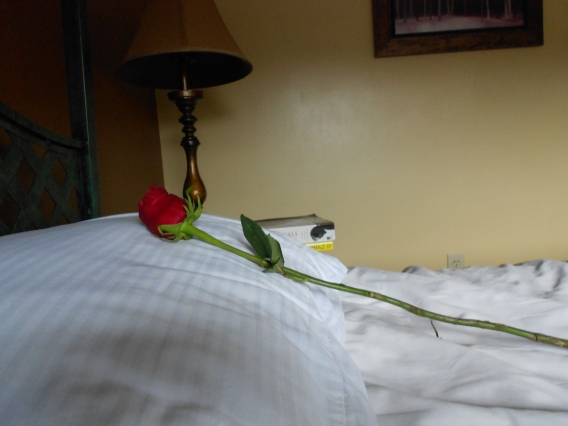 followed by an exclusive viewing of Lincoln in Knoxville 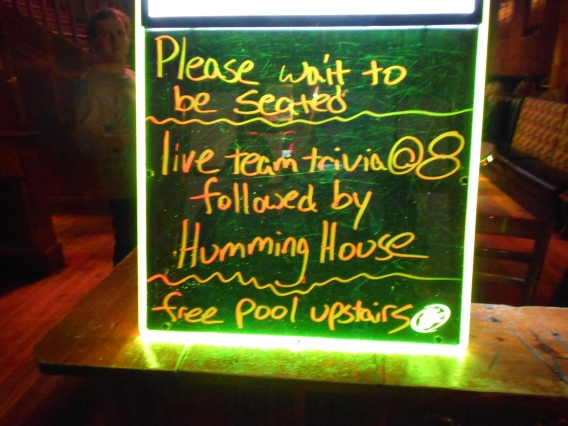 Time for a quick story: Ry and I saw these guys in Nashville last week (where they rocked our socks, of course) and thought it was funny that here we were to see them again. We named our two-man (rather, one man, one woman) trivia team “Humming House Super Fans” for our own chuckles. We did really well with the first two rounds and got every question correct!

Alas, it our winning streak would not last. We still did well, but I think they beat us in the end.

Good thing they’re so darn good at strings and sings, and, as we discovered, are genuinely nice people. Check them out if you haven’t already:

Ry and I are learning this one now – of course he came home after their last show, picked up his guitar and played the intro right away. I’m still working on it, and he’s moved on to the mandolin solo.

If you want more (and you know you do) listen to this one next:

2 thoughts on “Pictures and Stories from the Smokies”